Being well informedmakes the difference

Vanessa Moriel, Managing Director (Asia) and Board Member of the LIASE Group, and Wolfgang Doell, President and Managing Director of the LIASE Group (Europe), jointly attended the the Mondial De L’Automobile 2014 in Paris to meet with automotive industry experts and key decision-makers in some of the world’s largest automotive organisations. With strong existing relationships throughout the automotive sector, both Vanessa and Wolfgang spoke to their network of contacts with the aim of understanding industry trends and identifying beneficial market opportunities for HCP and the wider LIASE Group. 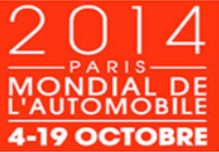 “Keeping up with industry developments by attending shows such as the Mondial De L’Automobile enables the LIASE Group to anticipate the future talent management and succession planning needs of many of the world’s leading automotive companies,” said Vanessa Moriel. “This particular show enabled us to identify market trends, innovative new areas of development and ultimately, network with an established group of like-minded automotive decision-makers and professionals.”

More than 260 brands from 20 countries attended the 2014 Mondial De L’Automobile in Paris in October. As the world’s most visited auto show, this year’s event featured a test track centre for electric and hybrid vehicles where over 10,000 test drives were taken throughout the event. This year’s show also showcased a historical exhibition exploring the relationship between cars and fashion, exhibiting innovative new products from automotive companies across the world.

Other key highlights included the Motor Show workshops (organised by the French Automobile Manufacturer’s Committee), which were attended by 700 participants over the 16 days. These workshops aimed to address economic, social and technical subjects which play a key role in automotive innovation and development via lively debate and input from industry experts.

While at the show, Vanessa and Wolfgang had the opportunity to attend major announcements by key industry players, as well as informal event where they were able to mingle with automotive executives at the global and regional level.

The exhibition included many of the world’s leading automotive organisations such as Lamborghini, Nissan, Volkswagen, Ford and BMW and was heralded a huge success by event organisers.

Other Key Highlights from the show included: 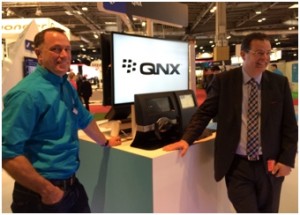 Wolfgang Doell President and Managing Director the LIASE Group at the Nokia booth. 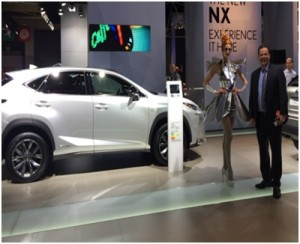 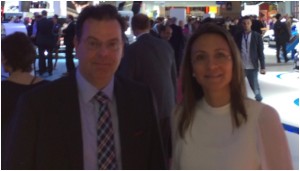 Wolfgang Doell, President and Managing Director of LIASE, and Vanessa Moriel, MD Asia for LIASE at the Mondial De L’Automobile. 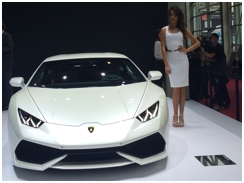 Lamborghini presented their first ever hybrid car at the Mondial De L’Automobile 2014 In Paris. The Asterion was presented as a concept car, with the company downplaying the possibility of a production version. 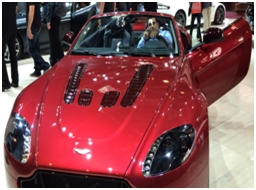 Aston Martin presented the V12 version of its Vantage S Roadster at the Mondial De L’Automobile 2014. 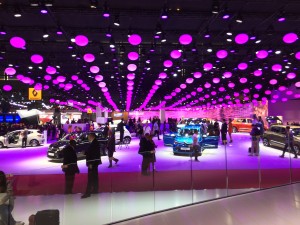 European brands were very well represented in Paris and several of them presented new cars to the press and public. Here shown is French carmaker Renault’s stand. 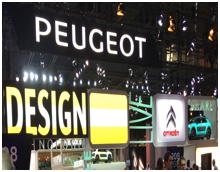 Peugeot presented 2 concept cars and a new 308 GT model at the Mondial. 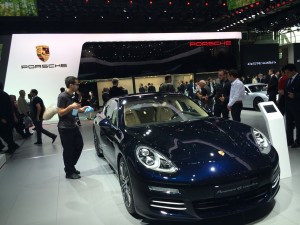 Paris reinforced the idea that carmakers are increasingly embracing green technology with a number of high-end sport/luxury hybrid and electric cars were either launched or on display at the show. Porsche displayed the Panamera S E-Hybrid and launched a hybrid version of its Cayenne model at the 2014 Paris Motor Show. Here shown is the Porsche Panamera 4S Executive. 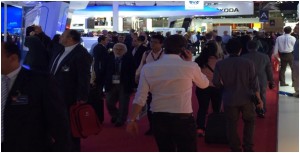 The Mondial de L’Automobile is the world’s most visited auto show.

Detroit: Back on Track

Between July 8 and July 11, Vanessa Moriel, John Bukowicz and Wolfgang Doell visiting Detroit introducing LIASE to already existing and new potential clients. Detroit is playing a central role in the automotive manufacturing industry again. Despite all of the challenges within the automotive industry over the last few decades, Detroit continues to represent the heart of the American auto industry. Details to be followed.